A Middle Grade Novel by Suzanne Crowley
Available in Hardcover, Paperback and Audiobook 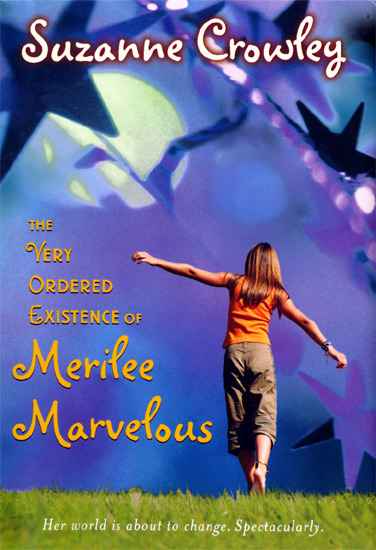 
“Welcome to Jumbo, Texas, home to the most memorable cast of characters you’ll ever meet. And home to the Monroe family. Everything is all lined up in Merilee Monroe’s life – including her prized collection of Pez dispensers – and if anything is out of order she gets, as Grandma Birdy would say, all “nervy.” To Merilee, a derailment from her Very Ordered Existence feels like being on fire.
And then two strangers come to town. Biswick and Veraleen not only derail the V.O.E., they just about obliterate it. And how does Merilee put out the fire? A beautiful, deeply moving, and often comic novel about love, redemption, finding one’s place in the world, and the power of family.”
“Mama says change is God’s way of showing us a tender miracle, kinda like the chocolate inside a Tootsie Pop.”